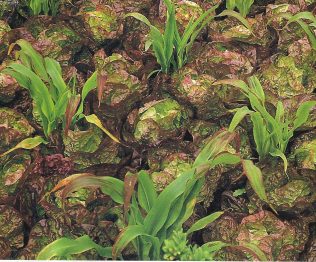 zoom
an example of intercropping 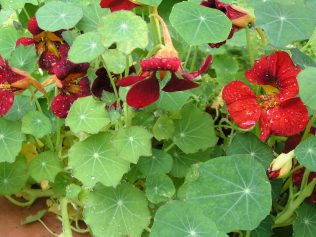 Have a sowing plan.  Think about successional sowing – that means every couple of weeks begin a new batch of sowing.  To help to organise this I use a box that is divided into compartments – one for each month – there are some months that have lots of seeds and some with hardly any but after you have done the first sowing move your seeds to the next month and so on.  This is a good way of jogging your memory as it’s so easy to forget to get in purple-sprouting broccoli or leeks later on when you are so busy!

Organisation is key, draw a plan of your plot – It’s a tall order to be that organised, but it will stop you ordering far too many seeds and plants which you won’t have time and space to grow.  It will also help you with what plants to put where and remind you what is to follow.   Some crops occupy the ground for most of the year, such as sprouting broccoli, winter cauliflower and Brussels sprouts. Others are fast growing, such as radishes, spring onions, lettuces, other salad leaves and spinach.  These are very useful for intercropping.  This means growing a fast growing vegetable in between a slow growing vegetable.  It is a really good use of space as well as using the intercroppers as a marker for those things that are slow to germinate – for example grow radishes next to your slow germinating parsnips,

Some crops are sown in spring and harvested in mid summer, giving you space to grow something else.  If your early potatoes are dug up in June, the space they leave could be taken up with frost tender vegetables, (that’s those that shouldn’t be planted out until mid May in this part of the country), such as courgettes and sweet corn.   Crops such as broad beans, which are over by mid or late summer; can be followed by quick growing salad crops which will last into the autumn.   If you find a piece of your allotment unoccupied try to sow spring onions, radishes, lettuce and edible flowers such as calendula, nasturtiums and violas. Store your seeds in a place that is cool and dry – not in the potting shed where the air is too moist.