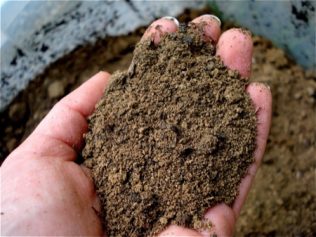 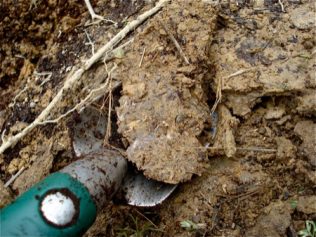 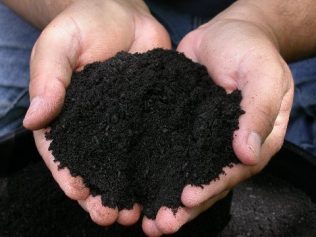 The moisture-retaining capacity of almost any soil can be improved by incorporating bulky organic matter, that’s manure or garden compost from your heap.  Light, sandy soils are prone to drying out because the air spaces between soil particles are larger than average.  Soil particles hold a thin film of water around them, but because there are fewer, larger soil particles than in a loam soil, (a blend of clay silt and sand particles), less moisture is held after rainfall.  Water also drains faster though sandy or chalky soil.

Humus, (that is the end product of the rotted down matter in your compost heap), improves all soils.  When bulky organic matter is dug into the soil it is broken down by soil organisms and woodlice, slugs, snails etc which then helps the soil bind particles together which forms a crumb structure, a bit like the crumble bit on apple crumble.  Humus retains nutrients, reducing the amount washed out of the soil, (this is called leaching) on light soils and holds moisture for longer in dry conditions.