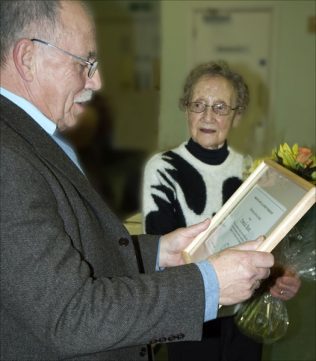 There were no matters arising on items not covered elsewhere in the agenda.

A full copy is held by the Hon Secretary in the Federation files.

Ø      The Chairman explained that his report would be brief because of the full Newsletter that all members have received thanks to the work of Gerry Nevill, John Smyth with the excellent help in layout from Tina Snugg Gerry’s daughter. Crispin Kirkpatrick also helped with providing; labels, envelopes and facilities to pack. However a few things deserve underlining.
Ø      The Council Environment Committee Chair has called for a review and the Federation are closely involved with information and meetings and will see the final report before submission. Our thanks are due the Gillian Marsden and Crispin helped by a systems team member Tim Read.
Ø      The Site Development Fund has been better used this year and the various projects agreed are available on the website www.bhaf.org.uk all 38 sites are can to apply and £5000 is available
Ø      The Children’s competition continues to flourish with more entries in the second year that the inaugural one. Encouraging the children to take part. Thanks to Gerry who makes the boxes, administers the scheme and Walter Sargeson form Craven Vale who Judges the entries.
Ø      Site Representatives continue to play an important and vital part in the Administration that helps the Allotment Office, very short of staff resources considerably
Ø      The website will be a priority this year to promote more information and exchange of views and ideas.
Ø       The special thanks are due to the Officers who worked very hard again this year. To John our President for his historic knowledge, John Eyres for the website and helping as secretary, Steve Lucas who not only looks after our funds but also the Development Monies and last but not least Gerry Nevill who is officially Publicity Officer but runs the Children’s competition as well.

The Accounts were considered, adopted and approved by the meeting.

In his report dated the 19th March Steve explained that the healthy balance is deceptive. It includes £ 1222 for distribution to Sites doing projects funded by the Site Development Fund. Various other expenses still to come in will reduce it further.
During, the year a total of £3273.80 for 7 Projects had been processed with a further two awaiting a payment from The City Council who provides the fund annually.
During the early part of the year when funds were approved but not received the federation’s own cash was paid out to allow projects to start.

THE FOLLOWING WERE RE-ELECTED UNOPPOSED.

Again after an appeal to the meeting the following volunteered.
Jane Thorp, and Sally Griffon from Moulsecoomb Site.
Julia Brown, from CampSite.
Jaci Driscoll, from Patcham Court

PAMELA BEAM, TENANTRY DOWN.
Pam’s commendations for Services to Allotments and Federation were made by John Smyth President. Jenny Creswell BHOGG Chair presented a bunch of flowers and commendations from and on behalf of BHOGG where Pam is an active committee member and was a founder member. Bill Burton, Tenantry Down for services to Tenantry Down Site for over twenty years.

JOHN ALLAM, MOULESCOMBE ETSTAE SITE.
John was regrettably ill and did not attend. The presentation will be made at an appropriate time and place with the help of Jane Thorp Chair of the Site Society.

Various points were raised only the Salient few are listed below.

Ø      News Letter. Information about half plots in all cases questioned.
Ø      Site Security gate locks and the importance of involving the Police and obtaining a crime number.
Ø      Children’s Competition Return of boxes by past entrants. !6 more entered this year.
Ø      Bonfires confusion about rules.
Ø      Council Matters various issue were raised and responded to directly with the Allotment Officer.
Ø      FINALLY members requested longer time for inter site talking at a future meeting.

The meeting closed and then proceeded to hear speakers.

Regrettably the Crime Prevention Officer had to withdraw at the last minute.

Tony Neary introduced himself as the S.E. Region Mentor for the Allotments Regeneration Initiative. The ARE is a charity whose primary purpose is to stimulate the Regeneration of Allotments by helping groups and projects. Examples of their activities can be found on their website www.farmgarden.org.uk/ari or by e-mail at ari@farmgarden.org.uk

The colourful quarterly magazine (copies were available at the meeting) gives examples of ongoing projects and an order list of helpful pamphlets and stationary for Sites to use. A good booklet is available on ‘How to’ find funding specifically directed towards Allotment Projects and another on Health & safety matters.

The mentor’s role is to assist groups by visiting and offering advice earlier this week he had visited a community group at Coldean Site Brighton. In the time it was. Possible only to mention a few topics, Composting Toilets are now becoming more popular with many shapes, sizes, designs and cost, many using recycled materials. Vandalism was another widespread problem and the help of the police is very important.

The Chair thanked Paul for his outline and making the journey and suggested anyone with questions might see Paul at the refreshments.

The evening continued with wine and cheese and a chance to mix socially.