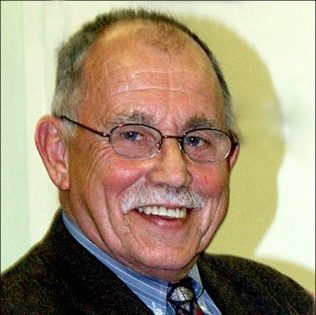 MINUTES OF THE ANNUAL GENERAL MEETING

John Burns welcomed everyone to the meeting and explained that, after the 2009 AGM when attendance had been high and the venue had been cramped and people had been made to stand, it had been decided to try a new venue. He extended thanks to the City Council in allowing the Federation to use the Town Hall which provided for a more comfortable and convenient location.

The Chair reported of the sad deaths of Bill Burtenshaw (Eastbrook Farm), Dick Jones (Weald) who was a previous Treasurer of the Committee and Gillian Smyth, the wife of the former President, John Smyth. The Committee extended their condolences and a moment’s reflection was observed.

It was noted that Gillian Marston, David Smart and Geoffrey Theobald were unable to be present at the meeting and had sent their apologies in advance to the Committee.

The minutes of the 2009 AGM were proposed by the Chairman as an accurate record of the meeting, the seconder was David Warne and the minutes were approved accordingly.

Although there are no matters arising which do not appear elsewhere on the agenda, it was asked if the new City Council Allotment Rules (the Rules) would be discussed, to which the Chair advised that questions would be taken at the end of the formal meeting.

The Chairman reported that, further to the completion of the allotments review, it had become clear that the Rules, last updated in 1996, were in need of updating. He advised that, after lengthy negotiation between the Federation and the Council and subsequent review by the Council legal advisers, the review of the Rules had been completed and the Rules were ready for distribution to all tenants.  However, he recognised that some tenants may find some of the individual rules contentious e.g. the rules relating to 75% of a plot being cultivated, the restriction of trees (including fruit trees) to a maximum of 2m in height and site inspections. Nonetheless, he stressed that the Rules are for the benefit of all plot holders. Furthermore, he acknowledged the enormous amount of work undertaken by the review team, comprising the Committee, Site Representatives and Council Representatives, and he expressed his thanks to them all.

The Chair reported that Tim Read who led the allotments review project, subsequent to completion of that project, has since left the Allotments Service. His successor, as City Parks Access Manager, is Matt Hewes. The Chairman reported that Matt has a horticultural background, that he is very hands on in his approach and that the Committee enjoys a good relationship with him when they meet on a monthly basis to ensure the sound running of the allotment sites.

The Chair reported that the Site Development Fund had been well used in the year, the amount set aside being £6,400. He requested that any members with good ideas for the use of the Fund should approach their Site Representative who is able to make an application on behalf of their respective site.

It was reported that the City in Bloom Competition has also received an overhaul. Specifically, the Children’s Competition, which did not run in 2009, is in a different format with new categories for different age groups. The categories were outlined and attention drawn to the beautiful poster created for the purpose of advertising the competition. Thanks was given to Beverley Anderson for all her hard work and It is very much hoped that children will find it fun to enter and the Chairman urged members to encourage their children to take part.

The Best Kept Allotment, for which the winner receives the Coronation Bowl, the Best Newcomer and the Best Organic Allotment were good in quality but all were disappointing for 2009/10 in terms of the numbers of entries received. The Committee and the Council’s City in Bloom representative met to discuss the ways in which more entries might be encouraged. The result is that the organic competition category will be dropped whilst two new categories will be established i.e. Best Community/School Allotment, receiving the Stan Hall Cup, and the Most Creative Allotment.

The Chairman reminded the meeting that there had been a number of Committee resignations last year which left the Committee limited in its capabilities to serve the Federation. Carol Downie, however, remained as a committed member of the Committee and the Chairman was pleased to announce that, after his appeal at the 2009 AGM, several people had stepped forward. He thanked Melanie Matthews for running the Federation website which previously had been a source of embarrassment but now the content of the Federation website is vastly improved and altogether better maintained.  He also thanked Helen Touray who has become the Federation Publicity Officer and whose first task has been to produce the Federation Newsletter. It has not been an easy task to compile enough copy to make an interesting read but Helen has achieved her aim with great gusto and enthusiasm. A warm welcome and thanks was also extended to Beverly Anderson who is responsible for the Children’s Competition in conjunction with the Harvest Project. The Chair advised that the Committee Secretary, Amy, had resigned but had been replaced by Tracey Llewellyn. The Chair gave his thanks to Amy for her sterling efforts during her time as Secretary and thanks also to Tracey for stepping forward to offer her help. The Chair commented that this had been the first year in which it had been necessary to vote in the Committee members and he asked the meeting to support all of the nominations. Finally, he gave his thanks to Steve Lucas, Treasurer, for not only managing the Federation’s finances but also for administering the Site Development Fund.

Regarding the Newsletter, the Chair hoped that members had found it informative and thanked the Council for providing the resources and for distributing the Newsletter on behalf of the Federation. He stressed that the Newsletter is the members’ publication and he expressed his hope that ideas for articles would be forthcoming. He also expressed his thanks to Tina Suggs for her help with the layout and artwork.

The Chair reported to the meeting the issue of the Council allotment rents which will be increased effective October 2010, after consultation with the Federation. The Chair advised that, over many years, allotment holders had many causes to complain to both the Federation Committee and to the Council regarding the standard of work carried out on the allotment sites by the sub-contractors employed by the Council. It was therefore suggested that, by bringing the work back within the direct control of the Council, greater assurance of the timing and quality of work undertaken might be achieved. The response from the Council had been that the allotment rents did not provide sufficient income to allow for the proposal to be endorsed. The Federation then requested that calculations be made to assess what rents would be required to bring the work “in house” at the Council. Taking into account a comparison of allotment rents nationwide and the resources required, including two operatives and the necessary equipment, the result was that the rents would need to be increase by 40%. Although this appeared a large increase, the proposal was discussed at a meeting of the Site Representatives where it was agreed that such an increase may prove prohibitive for pensioners or those on low incomes. After further negotiation with the Council, and consultation with the Site Representatives, and it was agreed that rents, with a 30% discount for pensioners and those in receipt of benefits, would be increased effective 1 October 2010 to £64.40 for a full plot and £32.20 for a half plot.

Finally, the Chair offered his congratulation to Matt Hewes and his wife on the recent birth of their daughter.

The acceptance of the Chair’s Report was nominated by Allan Langridge and was seconded by Tessa Pawsey, and the Report was duly accepted.

Steve Lucas presented the annual accounts for the year ending 28 February 2010 and drew attention to the two large payments detailed i.e. £4,493.12 in respect of site developments and the Federation costs of £1,752.97. Both items are further explained by the notes on the reverse of the accounts but one member asked where the allotment rents are recorded. Steve Lucas advised that the rents are not illustrated on the Federation accounts, but rather they are recorded in the Council annual accounts. The Council provide some financial resource from the rents, in order for the Federation to conduct its business, but the bulk of the rents are used to provide the Council Allotment Service.

Steve thanked David Bubloz for examining the accounts and requested that the Treasurer’s Report be accepted. The proposal was seconded by Gerry Nevill and the Report duly accepted.

The Chair advised that the position of President would be left vacant for the time being, Tessa Pawsey proposed that John Burns remain as Chair and the motion was seconded by Peter Gorbach. With the majority in favour, the proposal was accepted.

It was agreed that Tracey Llewellyn, Steve Lucas and Helen Touray be elected en-bloc.

It was agreed that Beverley Anderson, Carol Downie and Melanie Matthews be elected en-bloc.

It was explained that members of the Federation may be made honorary Vice-Presidents in recognition of the sterling work they do.  As no new nominations for the role of Vice-President had been received, it was agreed that John Allam (Moulescombe Place), Pam Bean (Tenantry Down), Ron Buckman (Weald), Harry Gander (Mile Oak) and Bill Wakeham (Eastbrook Farm) be elected en-bloc.

Beverley Anderson reported that ten entries had been received to date and the closing date for entry is 31 May 2010. She requested that members encourage their children and grandchildren to register.

The City in Bloom 2010 Competition categories were confirmed as:

Vic Else explained that the work of the Harvest Project supports the work of the Federation in, amongst other things, offering a training programme for new tenants. She also advised that the Project runs the harvest share scheme to give food to people in need. The Project is looking for five sites to work with to achieve this aim and she asked for anyone who was interested to contact her or to take a leaflet on leaving the meeting.

The formal meeting was concluded at this point but questions were welcomed from the floor. A record of the questions asked and the answers, as provided by the Committee and the City Council Representatives, are recorded as an appendix to these minutes.