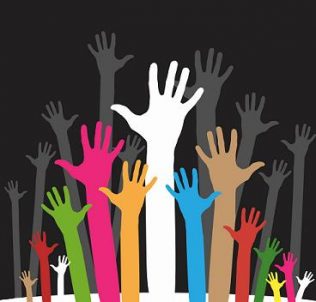 Meeting began with review of actions from previous meeting’s minutes.

Notices about the Special General Meeting (SGM) on 16th May have been put on all site gates and the BHAF website with information on the SGM and a request to submit ideas for objectives.

Teresa Cairns has collated the responses into 11 grouped themes and produced a copy for each member of the steering group (SG).

North Nevill notices not on site therefore all of SG need to check which sites have notices and report back.

Meeting clarified difference between constitution objectives and rest of constitution – agreed focus of steering group meeting and SGM is to propose and vote on new objectives.

Discussion around whether SG collates and edits submitted objectives and extent of consultation at the SGM. Meeting agreed the following:

SG members would go away and attempt to refine these objectives to send to Teresa by Monday 30th April. Teresa will then collate these responses, aim to produce a draft set of objectives before the SGM and circulate to SG for agreement –this needs to be done swiftly.

The agreed draft will be circulated to Federation members via the BHAF website, Reps, etc as with leaflets/gate notices with invitation to respond, as before.

Minutes of this SG will also be posted on BHAF website – as an example of transparency in conducting meetings of the Federation.

It was proposed to inform the BHAF that this SG was proposing that the SGM be asked to vote on the appointment of a new SG to take on the task of re-writing the Federation constitution in order to address how the new objectives should be carried out; this to start work in the autumn, to report regularly to the Federation membership on progress and invite feedback, and to present a final draft constitution to the AGM in March 2013 for voting.

The process the SG agreed to follow in the SGM was:

Emphasis was on the SGM being a space where members could discuss and ask questions, with the SG members available; tea and cake should be provided, and members encouraged to read old and new proposed objectives with opportunities to ask questions and suggest amendments [to finalise how this will be done at mtg on 14th]

Discussion around chair for the meeting. Suggestion that Simon Powell presented the summary of the reason for the proposal, also suggestion that chair of BHAF introduces the SGM. Otherwise agreed the need to seek a diplomatic, concise and organised chairperson aided by SG members acting as facilitators. SG members to suggest and canvass potential people to chair SGM and keep rest of SG informed.

Agreed for SG to  meet on 14th May 7pm at Hollingdean Centre,  4 Crestway Parade as a final meet before the SGM. Purpose of this meeting to finalise outline for the SGM and practical arrangements.