You are here: HomenextNew contributionsnextMAY The merry merry month of May

MAY The merry merry month of May 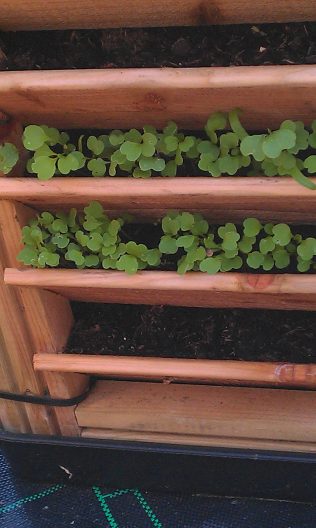 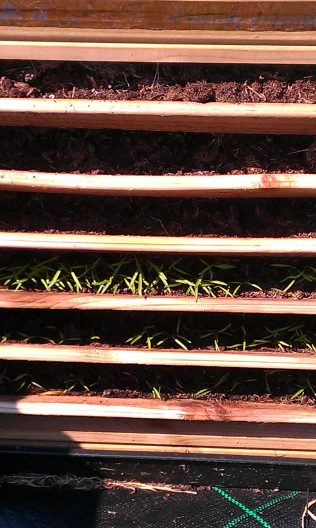 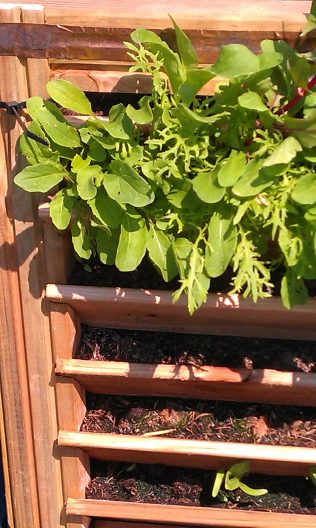 So may saw rain and sunshine and lots more growth from the cubes. Spinach, speedy salad and radishes galore. A good month for dining al fresco on the allotment and it felt really good sitting next to the agricubes with a plate of freshly harvested salad. I picked speedy mix salad, baby spinach and some pods from the pea plants I have grown. Lots of Flowering but oh my god the slugs had a field day on the beds. I am glad I placed copper tape around the agricubes as this was a great deterrent to slugs and no weeding required on the cubes whereas the beds were riddled….but not for long as my semi permanent hunched back is testimony to. Hoeing has not been enough. Organic growing on a new plot which was recently overrun with bindweed and dandelions is very tough on the posture. Just have to dig deep and get your hands in (every movement is accompanied by a massive groan of late).

Lack of sleep, dry skin, sweaty brows and lots of groans as we get off the sofas meant the realisation that we were both getting old and I am definitely out of condition. We have been staying late on the allotment to try and catch up for the few weeks of rain.

Everything has suddenly started doubling in size and flowering and with one 13 x 9ft bedding area to clear/weed and dig ready for planting the many triffids I have around the house it meant Judy and I were breaking our back almost in a race against time to get it all in within daylight hours. Up at 6am, pack breakfast and coffee, at the plot by 7am, break at 11am then home for siesta and back again at 4pm for another session until daylight disappeared.  Then up early for work, only to go back the next day off to repeat the sequence of events. Phew! Looks good though.

I have planted, harvested and replanted radishes in the cube and the spinach is doing so well I can cut and grow regularly. There is no sign of growth yet from root veg in the agricube but the beds where I planted beetroot, carrots and rocket are flourishing though the spinach is slower growing. Today I saw a hint of herb seedlings and scorzonera possibly-certainly something coming up where I sowed the scorzonera so cross fingers. It’s exciting though.

The peas on the beds are doing better as are the broad beans but the ones on the agricube are slower to get big and flower, which I suspect is mostly due to wood pigeon damage and likely the pigeon fancier’s flock which regularly steals from mine and my neighbours plot which backs onto his garden. I was warned by the man who had the plot before they would be a problem so netted as much as I could. He said on many occasions he felt like taking a rifle to them, luckily I don’t share his desire to cull them being more sympathetic to our wildlife.

It’s been much more social down on the allotment tending my plot and checking progress on the agricube. It is taking a lot of effort to keep them watered on the top layers due to the hot sun; the bottom of the cube is always damp so the side plants are doing ok. I am still struggling to see significant benefits of growing in the cube as its still early days since I feel I got started later than I wanted to.

I have been using water spikes and soaker hose inside the cube with bottles screwed to tops which are working well but when windy I have to remove the bottles as the wind catches them and pulls out the spikes slightly.

It’s been a real learning curve on the plot with the beds and the cubes. I am truly exhausted but feel I have achieved so much so far from an overgrown plot in October to a fairly tidy and well cultivated plot now. I have made very good use of the agricube and it remains a real talking point with other allotmenteers especially the older ones. The jury is out as far as they are concerned but I am quite hopeful. I think a more experienced grower would make exceptional use of the agricube but as a newcomer I feel I am holding my own with the cubes and the plot itself.

Now the sun is a more regular visitor the sides are starting to catch up with germination and growth and I feel anyday now I will be seeing amazing levels of growth. If not, I will simply grow something else in the spaces and try again.

It feels like it is a little easier to compare the results of the beds next to cubes soon as I am starting to harvest some early salad and veg. the salad in the beds have failed due to slug damage except for radishes. I have a regular harvest from both. So far I have taken 38 from cube and 26 from the beds. Rocket doing well in the beds and slower in agricubes I think because I sowed on the shadier side of the cubes. That won’t be a problem soon. Look forward to next few weeks as I think it will be interesting to see more colour on the cubes and less wooden slats.